Can You Pass a Background Check With a Dismissed Misdemeanor? 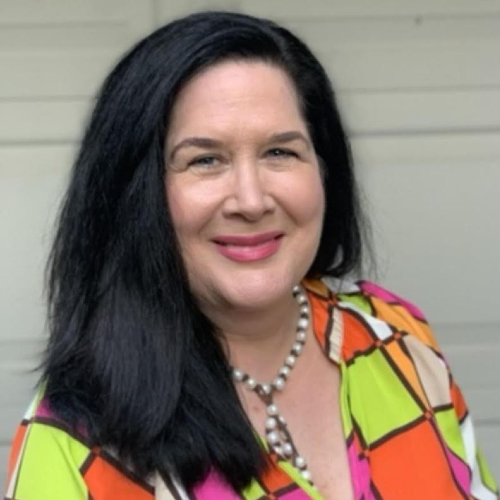 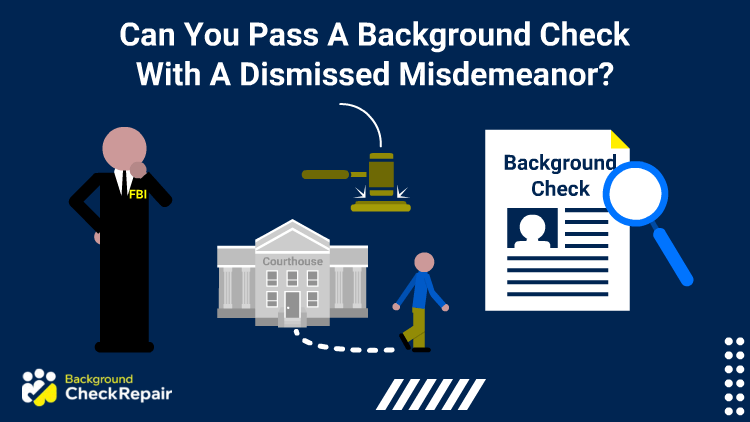 Can you pass a background check with a dismissed misdemeanor? When applying for a job, a loan, or even housing, knowing how criminal charges will impact the approval process can provide peace of mind.

However, since different states have various laws regarding criminal background checks, this guide explains what happens to the record when someone has a dismissed misdemeanor charge, and how to fix your background check if it still shows up. The US Equal Employment Opportunity Commission outlines the regulations regarding the hiring of individuals with previous arrest and conviction records, including whether or not it’s legal to allow a dismissed misdemeanor to impact employment consideration.

Yet, if a potential employer or landlord runs an FBI background check or a Level 2 background check, the arrest will likely show up. Under the Federal Reporting Credit Act, consumer reporting agencies or credit bureaus are not permitted to include dismissed charges that are more than seven years old.1

When completing applications for employment, loans, housing, or anything else, be sure that you respond honestly to all questions. However, be sure to read the questions carefully. Check to see whether the application asks whether you have been convicted of a crime or charged with a crime.

How Long Does a Dismissed Misdemeanor Stay On Your Record?

How long does a misdemeanor stay on your record? Even though a misdemeanor has been dismissed, it is still likely to stay on the record indefinitely. However, your record should show that the charge was dismissed.

The only way to remove it from your record is to expunge it.

Expungements can take several months to complete and are not available for all charges. It is wise to seek the advice and guidance of an experienced criminal defense attorney to determine whether your dismissed misdemeanor is eligible for expungement.

Will a Dismissed Misdemeanor Affect Employment?

Will a misdemeanor affect employment options? A dismissed misdemeanor should not affect your employment. Federal laws such as the Fair Credit Reporting Act (FCRA), the Title VII of the Civil Rights Act of 1964, and the Equal Opportunity Commission (EEOC) provide specific protections for employees.2,3 Under federal law, you are not required to disclose arrests that do not lead to a conviction. The EEOC posts the information regarding the Civil Rights Act of 1964, which although it holds the record for the longest bill ever filibustered in an attempt to prevent it passing, provides equal rights based on race, color, religion, sex, and national origin.

However, employers do have the right to run background checks after getting a job applicant’s consent. Many states also have laws that limit how an employer can use criminal background check information.

Can You Pass a Background Check With a Dismissed Misdemeanor for State Trooper Position?

When applying for a position as a state trooper of any state, expect to be subjected to a thorough background check. A background check for any law enforcement agency is likely to be much more extensive than for most other employment positions. When applying for a state trooper position in Pennsylvania, the application process involves a level 2 background check.

While each state’s requirements are different, you can expect to be fingerprinted and subjected to a Level 2 background check. This type of check reveals any pending cases, traffic offenses, arrests, or convictions but does not include any sealed juvenile records. So, except for juvenile records, all arrests are likely to appear on a state trooper background check, even if the charges were dismissed later.

However, a dismissed misdemeanor charge will not automatically disqualify you for a state trooper position in most states. State police agencies generally consider a vast array of factors. You may expect a state police background check to include credit history, education history, military record history, and likely a review of your social media history. You will almost certainly be drug tested as well. Some state police agencies may even interview your friends, family members, or co-workers to look for red flags.

While having a dismissed misdemeanor charge is not ideal, it is not necessarily a deal breaker when applying for a state trooper position. The type of misdemeanor you were charged with can also be important.

Some states classify misdemeanors according to the degree of severity. Knowing how your state classifies the misdemeanor you were charged with is essential.

Regardless of the charges, check your background report ahead of time and be able to explain anything that may be a strike against you honestly. If the charges are older and your record is otherwise clean, most state police agencies will overlook a dismissed Class C misdemeanor.

Find Out Can You Pass a Background Check With a Dismissed Misdemeanor Class C for State Trooper Position?

Many employers are more than willing to overlook a Class C Misdemeanor charge. This is especially true if the charge is not recent and even more so if the charge was dismissed.

Additionally, state police agencies are likely to consider your prior employment history, your military record, credit report, and educational record. If your background check reveals no other causes for concern, a Class C misdemeanor is unlikely to disqualify you as a candidate for a state trooper position.

Will a Dismissed Misdemeanor Ruin My Life?

Even if the charges are new, you may find potential employers to be understanding if you are honest and can effectively explain what happened and what lessons you have learned from your mistakes.

Can You Pass a Background Check With a Misdemeanor DUI?

A driving under the influence (DUI) charge can be either a felony or misdemeanor offense. Most DUIs are charged as misdemeanors; however, depending on the state, whether you have been charged with a DUI before, and whether any other crimes were committed along with the DUI, you could be charged with a felony.

How To Remove Dismissed Charges From Record Before Job Interview

To have dismissed charges completely removed from the criminal record, the process is called expungement. California provides record cleaning options for individuals who have been arrested but not convicted.

If Charges Are Dismissed, Does It Show Up on a Background Check?

It is possible that dismissed cases may hurt job chances. However, many employers do not consider arrests and are only concerned with convictions. It will also depend on the type of charges against you and how long ago the charges were. Further, the FCRA and EEOC limit how employers may use criminal background checks.

Can Dismissed Charges Be Used Against You When Applying for a Loan?

It is possible that a lender could use dismissed criminal charges as a reason to deny a loan. However, most lenders are concerned with your credit history, employment status, and ability to repay the loan. Unlike issues of gender, race, and religion, it is not illegal to use your criminal history when making credit decisions.

Can a Dismissed Case Be Reopened?

A dismissed charge could be reopened under certain circumstances. If the charge was dismissed with prejudice, it would not be reopened because doing so would violate the rule of Double Jeopardy. The United States Constitution provides that none shall “be subject for the same offense to be twice put in jeopardy of life or limb.”

However, if the charges were dismissed without prejudice, the district attorney may reopen the case within the allowed prescriptive period. Each state has its own laws regarding when Double Jeopardy would apply.

Knowing the answer to the question, can you pass a background check with a dismissed misdemeanor may seem confusing, but by doing a background check on yourself first, you can find out whether they will show up, and then take steps to remove it from the record.

Does a Dismissed Misdemeanor Show Up on a Background Check?

A dismissed misdemeanor will not likely show up on a routine background check. However, if an FBI or Level 2 background check is run, all arrests are likely to show up, even if the charges were later dismissed.

Can You Be Denied Job Because of Dismissed Charges?

Yes, it is possible that you could be denied a job because of dismissed charges. Most employers, however, will consider the length of time that has passed since the charges were made, your employment history, and other background check factors.

Will a Dismissed Misdemeanor Appear on a Background Check?

What Is the Difference Between Misdemeanor Dismissal vs Expungement?

A misdemeanor dismissal means that you were arrested and charged with a misdemeanor crime but that the charges were later dropped, you were otherwise not prosecuted, or you were acquitted of the crime. In contrast, an expungement means that the arrest and charges are removed from your criminal record entirely.

Does Your Criminal Record Clear After 7 Years?

How Long Do Dismissed Charges Stay On Your Record?