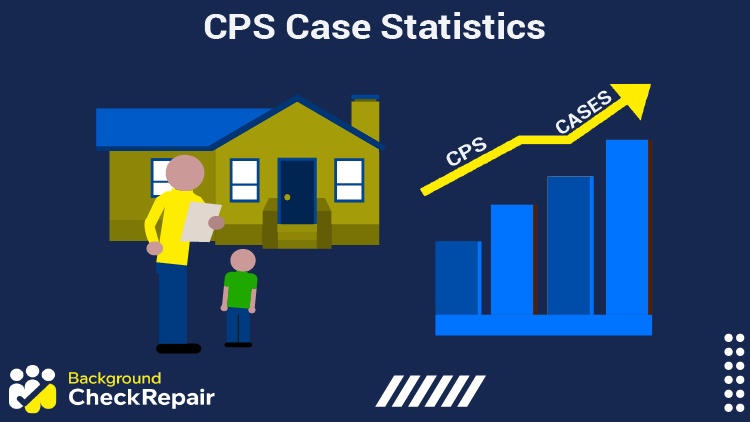 By examining the CPS case statistics & child abuse facts, as well as recent studies on abuse and neglect, families can have a better idea of what behaviors and relationships could be seen as risk factors when looking for signs of abuse and neglect.

Despite improvement in awareness and social programs abuse, and neglect are still extremely common in the United States.

These are the most recent CPS case statistics and child abuse facts.

Although most of these reports determined that there was no evidence of abuse or neglect, many of the children that were victims of abuse and neglect entered foster care, at least for a short period of time.

The number of children in foster care by state can be seen below.

Although it is interesting to see the total number of foster children in each state, it is also important to know the rate of children in foster care in each state so that problems with child welfare systems can be more directly addressed.

Below is the rate of children in foster care by state arranged from lowest to highest.

It is a bit of a misconception that when children enter foster care they are likely to stay there for years. Aside from this, CPS case statistics show that many of the children in foster care are returned to their parents within a year of being separated.

The below data also shows the vast difference in the number of children returned to their parents in different states.

Although states like South Carolina have a very good track record of returning children to their original parents, other states such as Illinois return less than half of children in foster care to their parents within a year.

Child labor statistics is another important metric that can be used to determine the levels of child maltreatment in the U.S.

Thanks to immense labor reform since the start of the 20th century,3 the rate of child labor and hazardous child labor has dropped tremendously. 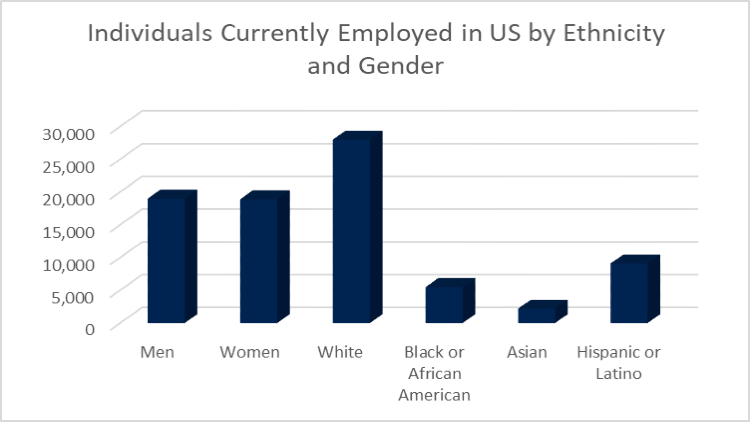 In most states, individuals can not be legally employed until they are 16 years old.

Although there have been reports about child abduction statistics in past years that claim that there are over 50,000 child abductions in the U.S. each year, these studies have been largely proven false.

Although still too high, the actual number of child abductions in the U.S. each year is much closer to 2-5,000. However, the vast majority of these abductions will not involve a stranger and instead are often related to custody issues between family members.

Below is a set of data for family-related kidnapping statistics.

The data shows that two of the highest types of kidnapping are related to child custody.1 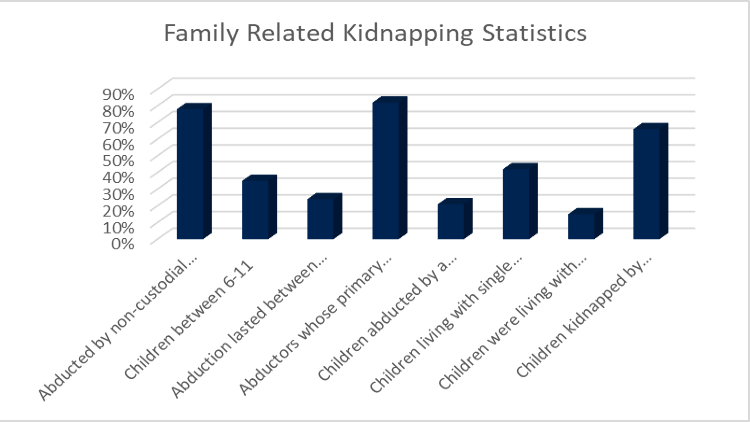 When looking at child kidnapping statistics that involve the type of child abduction that most people think of, it may surprise individuals that the average age of those kidnapped by strangers is far higher than one might expect.

Child abuse statistics are some of the most important data available when it comes to battling child maltreatment in the United States.4

Not only can different risk factors be identified, but cultural and geographic trends can also be examined in order to prevent further maltreatment.

Aside from looking solely at the data, knowing some basic child abuse facts can also put things into perspective and help parents identify behaviors that might indicate their child was the victim of abuse.5,6

Individuals should first familiarize themselves with the definitions of various kinds of abuse as well as the long-term consequences that this abuse can have on the victim.7 Sadly, data suggests that one in seven children experience abuse or neglect, as defined by legislation, in the United States.

Children living in poverty experience abuse and neglect at nearly 5 times the normal rate.5 Those who are familiar with some of the more common forms of neglect will be able to see a connection quite clearly.

Without adequate social services available, children in poverty will frequently not have basic needs met such as food and basic sanitation, as well as the tendency for children in poverty to be left home alone for long periods of time, due to parents not having sufficient funds to hire babysitters or make other arrangements.

Child neglect statistics can be just as effective at addressing the root problem as examining child abuse statistics. National child maltreatment statistics are gathered by the Administration of Children and Families.8,9

There is a ton of information that individuals can learn from CPS case statistics.

Although much of this data can be emotionally frustrating, it’s important that this data is gathered accurately so that individuals can identify the problem at the root and prevent child maltreatment before it happens.

Although child abuse and neglect are happening at lower rates in the U.S. than ever, there is still a long way to go.

Making CPS case statistics more accessible will allow for greater awareness of the issue and allow organizations to enact change to address the problem at the root, instead of when it is already too late.

How Long Does a CPS Case Stay on Your Record?

For individuals wondering how long does a CPS case stay on your record? A CPS case will not appear on an individual’s record unless criminal charges were filed due to the findings of the case.

What Is a CPS Background Check?

How Far Back Does a CPS Background Check Go?

A CPS background check will cover the individual’s entire life and does not have limits based on the state it was performed in.

What Is a Foster Parent Background Check?

Who Is the Non-Offending Parent in CPS Case?

The non-offending parent in a CPS case is the parent who is not under investigation, usually a parent that does not live in the household.

What Are the Ways on How To Get a CPS Case Dismissed?

CPS cases are most often dismissed due to lack of evidence, however, individuals can file for a motion to dismiss due to procedural issues with the investigation.

What Are the Ways on How To Get a CPS Case Dismissed in Texas?

Getting a CPS case dismissed in Texas will generally require individuals to file a motion for dismissal with the judge that is hearing the case.

What Are the Ways on How To Get a CPS Case Dismissed in California?

CPS cases can be dropped or dismissed if there is no evidence of abuse or neglect or if the changes suggested by the CPS case worker were made.

What CPS Can and Cannot Do in Pennsylvania?

What CPS Can and Cannot Do in Michigan?

What CPS Can and Cannot Do in New York?

CPS is able to talk to children without parents’ permission to obtain more accurate information, however, CPS must gain permission from the homeowner in order to enter a house to investigate.

What Are Child Abuse Background Checks Used For?

Child abuse background checks are used to screen individuals that are applying for jobs that qualify as child care.

What Government Agencies Can Help on How To Find Where Someone Works for Garnishment?

Knowing how to find where someone works for garnishment is extremely difficult since there are no public employment databases. However, the SSA and IRS can use their own databases to find this info when requested by law enforcement.

What Can I Do To Know How To Find Where Someone Works for Child Support?

Knowing how to find out where someone works for child support can be accomplished by using a social media background check to find out if they have any secret accounts.

What Are the Ways on How To Get a CPS Case Dismissed?

Getting a CPS case dismissed almost always involves proving there is no evidence of any abuse or neglect in the household.

Does CPS Notify the Other Parent?

CPS will only notify the other parent if they have custody of the child or are a possible caretaker for the child while the investigation proceeds.

What Is the CPS Non Custodial Parent?

The non-custodial parent in a CPS case is simply the parent that does not have full custody of the child.

Does CPS Have To Notify the Other Parent?

What Are the Rights of the Non-Offending Parent?

The rights of the non-offending parent include the right to an attorney, and the right to appear in court at any hearings to ask questions, provide evidence, and provide testimony.

What Is a Non-Offending Parent Evaluation?

What Are the Grounds for Involuntary Termination of Parental Rights?

The grounds for involuntary termination of parental rights involve severe cases of abuse and neglect such as sexual abuse, physical abuse, medical neglect, and abandonment.11

4U.S. Department of Health and Human Services. (2021, December 14). Child Maltreatment 2020. The Administration for Children and Families. Retrieved January 03, 2023, from <https://www.acf.hhs.gov/sites/default/files/documents/cb/cm2020.pdf>

10Childcare.Gov. (2023). Background Checks: What You Need To Know. Childcare.gov. Retrieved January 03, 2023, from <https://childcare.gov/consumer-education/background-checks-what-you-need-to-know> 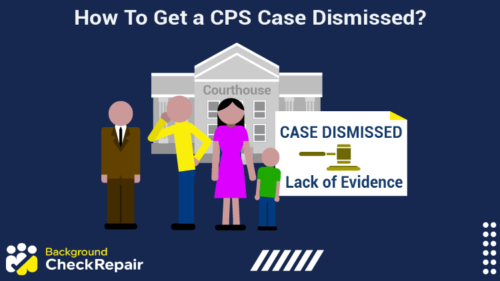 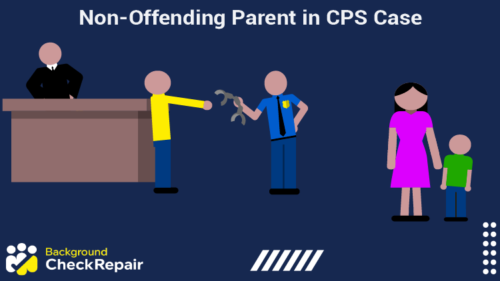 Non Offending Parent in CPS Case? (What CPS Can and Cannot Do) 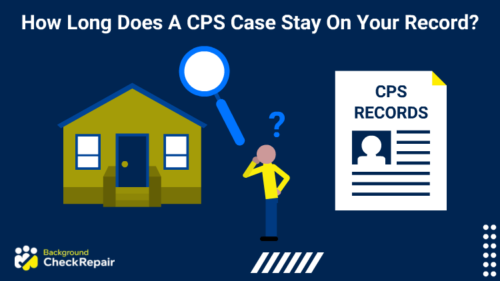 How Long Does a CPS Case Stay on Your Record? (Trick to See Yours)